The latest set of changes for the Figment Engine revolved around making the interface resemble a terminal/console. Mainly accomplished by using a transparent png which is over-layed on the text interface. In order to make the text selectable I've actually under-layed the effect. 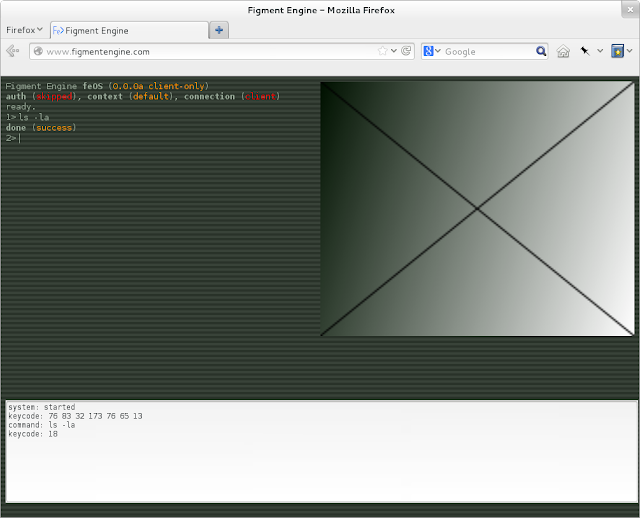 I've also added a graphical element (canvas), and used it to draw a simple "x" on a command being done. This was easy, and reminds me of the evolution in drawing in a browser: from Applets, ActiveX objects, Flash, Silverlight to finally the canvas object. The fact it works on my phone as well is such a leap forward - no more opaque object formats or run-times needed (phew!)